Is It Better To be Optimistic Or Pessimistic?

Is It All Hype?

Well, if you're a pessimist and you think it is, it's good news for you because studies apparently have found, (and this is according to Tony Robbins), that pessimists are apparently a lot more realistic!

Tony Robbins is, of course, a great inspirational, motivational coach and life coach and in the video I'm talking about he explains how pessimists are more likely to be right when you give them certain tests. When pessimists are asked how things in general in their life are going right now they're very likely to get it right.

Optimists, on the other hand, are much more likely to overestimate how well they're doing and think they're actually doing better than they are.

The bad news, however, is that pessimists are actually not very likely to achieve goals and dreams that they otherwise might because they see them as being highly unachievable.

Because they're right about how things are going for them at the moment, they're not likely to even try and achieve certain goals because they think, "Well, obviously, that's not possible. I'm not even going to attempt it because I know I'm going to fail," and that's exactly what happens.

Optimists, on the other hand, because they believe they're actually doing better than they are,  keep going, and if things don't go too well for them, they remain optimistic. They think, "Well, I'm doing okay though," and they just keep plugging at it, and they keep going.

They keep being optimistic, and they keep showing up day after day. They're a lot more likely to actually achieve their goals and dreams and so it is good news, in the end, for optimists.

But pessimists, yeah, you're definitely more realistic, and you know where you are at the moment and you're right.

For FREE Mini Trainings for your marketing go here

To Download my FREE ebook, find out about my coaching programs (including FREE offer!) PLUS much more just hit the button below!

FREE ebook: 7 Life Arenas You Must Master for a Successful Life

THE PATH TO A 7 FIGURE INCOME USING SOCIAL MEDIA

YOUR POWER IS IN YOUR STORY 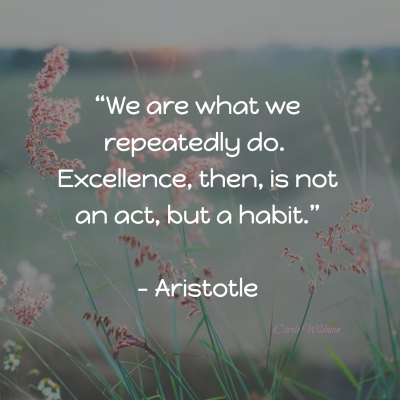 Download FREE ebook, find out about my Coaching Programs and Free Offer & much more.....